How to Use Augmented Reality for Marketing 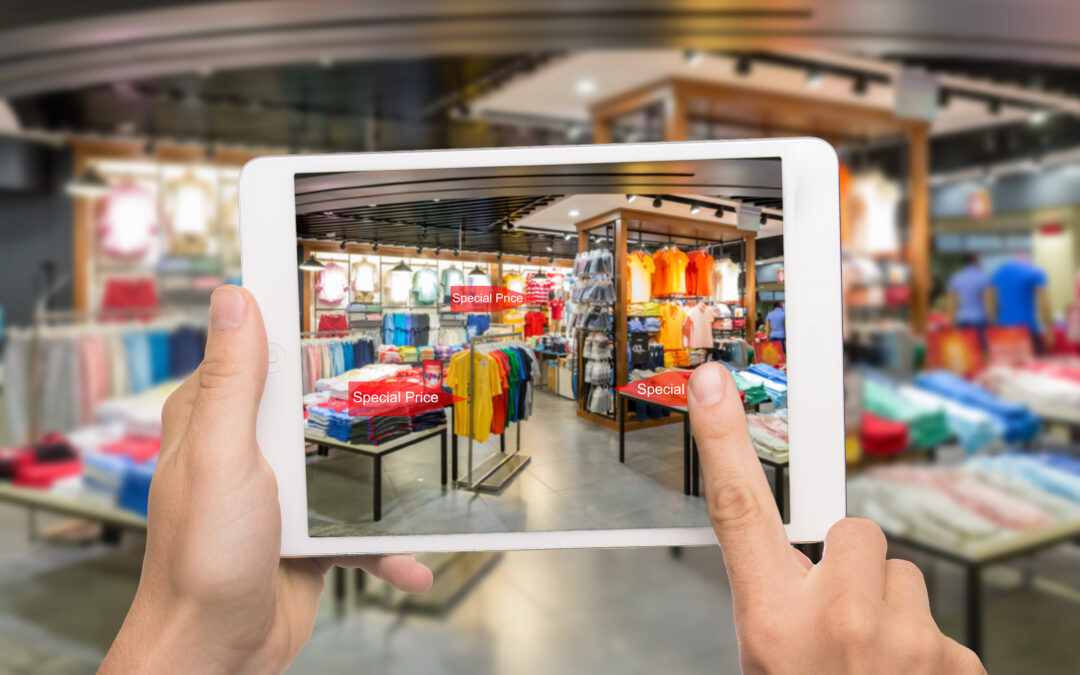 In order to expand their brands and gain visibility and profit, companies heavily rely on marketing tools and techniques. This ever-evolving industry has come a long way from the archaic newspaper ads and radio spots to today’s many online marketing methods. Can you think of the last time you surfed the web, without being bombarded with sneakily insightful ads that offer just what you need at the moment?

Much to the delight of both marketing experts and consumers, Augmented Reality apps are turning the exciting game of marketing on its head. While allowing users to engage with products in a new and exciting way, companies can stay true to their brand while promoting it in a revolutionary manner.

Wine is a widely popular drink of choice among adults. When consumed socially and responsibly, it serves as the perfect vehicle toward a cheerfully good time. Three wine companies have decided to infuse their product marketing campaigns to new heights with AR apps.

19 Crimes, for instance, have opted to use AR to market directly to millennials. Their labels and company name have made them stand out from other brands. Each label has a different picture of 18th century convicts who later became colonists and committed one of the 19 crimes punishable by deportation to Australia. Consumers who download the AR app can put their smartphone up to the label and the app will reveal the hidden story behind these 19 convicts. The app allows consumers to be interactive with their product while learning more about it and the company.

Similarly, Treasury Wine Estates launched a line of wines called emBRAZEN for Women’s Equality Day. They created an AR app to go with these wines, to reveal the story behind the historical women they feature on each label. Three wines with three different historical women are featured on the label.

Artist Celia Crus is featured on the Chardonnay, journalist Nellie Bly on the Cabernet Sauvignon and artist Josephine Baker on the Red Blend bottle. Following the app download and holding your phone to the label, the famed ladies featured on them appear as they are talking to you directly, telling you their life story. In April, the company reported more than 1.3 million app downloads and more than 200,000 videos from various social media outlets were shared. Proof that consumers were blown away enough to share, which provided the brand with a built-in exposure.

South African wine company called Mensa Wines took a somewhat different approach with their AR app. They created a wine AR app to reveal a virtual reality storybook within each label and make the story come to life. The brand motto is to ‘Live a great story,’ which they wanted to echo in their AR app. Each label has a unique story attached to it when you download the app and scan the wine label within the app. They created an experience one has when reading a book wanted consumers to become literally immersed in their story and brand.

The food industry is also banking on using AR apps to market to consumers.

Some already established brands are taking the next-level approach of consumer targeting, with a fun way of engaging them and making them a vital part of the campaign itself.

To mark the start of their NFL kickoff campaign, Pizza Hutt created an AR app catering to football fans. With their Beanbag Blitz mobile app, users can unlock a beanbag toss game by holding their smartphone to a special edition Pizza Hut box. Teams of two can take turns tossing a beanbag into a cornhole board with a simple flick of their finger. All 32 NFL teams are included in the AR experience, giving every fan an opportunity to interact with friends or family while representing their favorite football team. This is the first time Pizza Hut incorporated an AR experience into their marketing efforts after partnering with the NFL to become the official sponsor of the organization. Zipporah Alleen, chief marketing officer of Pizza Hut said that, “incorporating this AR component into our lineup of new experiences is broadening our digital portfolio and engaging fans in a completely different way.” Pizza Hut wanted to combine an immersive game day experience for fans, while tying into their first-time sponsorship of the NFL.

AR apps are also being implemented in sit down restaurants. Burger chain Bareburger, mainly located in New York, has turned their menu into 3D burger models. Customers can access the AR experience via Snapchat, by opening the application and holding the screen over a paper with a scan code provided by the restaurant. You can hold down the square part of the paper that says scan and within seconds, a 3D model of a burger appears. You can zoom in and move the food items. Included within the application is a menu of items that you can click and explore on your phone. An interesting feature of this app is the ability to have the 3D model appear as you are holding the phone away from the scanned paper, giving users the ability to take pictures of people at your table with the 3D food in their hands or mouth. You can also hold the 3D image next to the actual food and compare the 3D model from the actual food item. It is a great way to interact with customers and give them a better idea of what they are ordering. Usually, when something looks good enough to eat, odds are, you’d want to try it.

Another industry that this blog will touch on that has utilized the technology of AR is retail. Zara, a world-famous women’s fashion line, has created a new way to engage consumers. They developed an AR app that allows users to see the clothes on virtual avatars in the store. You point your smartphone toward an empty mannequin, empty store window or your e-commerce purchase and the clothing will appear on a model for several seconds. From there, you can shop the look. The app also features a way for consumers to share the avatars with the clothing on them on social media. With women on the go these days, this convenient method provides an alternative to trying on clothes and gives the company a way to close sales faster.

Like Zara, the clothing brand Gap created an AR app. Gap’s “DressingRoom” app allows consumers to try on clothes from the comfort of their home. First, you download the app. Then you input your height and weight into the application and it creates a 3D model that matches those values. With this 3D model, you can try on any piece of clothing offered by the brand. You can purchase the items directly through the app. This eliminates the need to make time to travel to the store and try on the clothes on site. Gap’s intention with this app is to one day make dressing rooms “obsolete.”

Several industries are looking at fresh and engaging ways to reach their consumers. These examples scratch the surface of how successful the implementation of AR can be, in an effort to connect a product to consumers, with the ultimate goal of higher sales and profit. We hope you enjoyed reading about this emerging technology. Perhaps you will try out these apps for yourself and see what all the talk is about!