Although he doesn’t advertise it as such, Lochwood-Lozier is a design/build firm, and it also takes on projects designed by outside architects, building eight to 10 custom homes per year and doing about 15 to 20 remodels. Typical homes measure 5,500 to 6,000 square feet and cost anywhere from $1.5 million to $1.6 million, not including the land. The budget for a recent remodel was $3.4 million.

Clients purchasing custom builds at that level are discerning and sophisticated, particularly in the high-tech demographic that makes up Lozier’s market.

Along with personal attention and today’s typical basket of e-marketing tools—Houzz, Facebook, Instagram, Pinterest, Twitter—Lozier takes it a step further by using virtual reality to better connect his clients with their projects. “So many people have difficulty understanding 2D plans,” he says. “Even in SketchUp it’s not quite the same level of realism.”

Virtual reality (VR) offers a computer-generated simulation of a three-dimensional environment in which viewers can interact with their surroundings—not to be confused with augmented reality (AR), which adds digital elements to a live view.

While more and more architects have turned to VR to share projects with clients or collaborate on work, not many builders are using it. “I don’t know of any other design/build contractors doing this,” Lozier says. “It’s not a common thing—yet.”

Lochwood-Lozier teamed up with Seattle-based Radical Galaxy, which works with companies to create VR, AR, and mixed-reality material for their projects. It works this way: After Lozier’s (or the external) architects have designed a home and made the selections (floor, tile, wall color, hard surfaces, sometimes furniture) with their client’s input, they send Radical Galaxy 2D drawings as DWG files. These include floor plans, elevations, dimensions, measurements—“basically what would be in a 2D set of drawings,” Lozier says. In a process that takes about two to three weeks, Radical Galaxy inputs that information into its program and produces a VR file…

…Clients come to the office, put on a headset, and get to virtually walk through their home. Some opt for an exterior and interior look, and some just look at particular rooms. “They can check for potential problems,” Lozier says. For example, one client used the system to go through his kitchen. He realized the distance between the bar table and the kitchen island was too narrow. Lozier’s team was able to revise the drawing in CAD to make that space more comfortable. They sent the file back to Radical Galaxy and then had the client walk through again to sign off on it.

…VR walkthrough—ranges from $8,000 to $20,000. Most of that is for programming and the tremendous number of hours that go into production. But Lozier says the cost is not bad when you’re building a $5 million project and you have a hard time visualizing what’s on paper. “This is truly some of the best money you can spend on this level,” he says. “Think of the cost of a change order in the field; the cost of VR could be miniscule. I haven’t had a client tell me it wasn’t money well spent.”

Radical Galaxy Studio, a leading real estate technology firm with a focus on pushing the boundaries within real estate planning, pre-selling, design and leasing, was chosen as the first place winner for the 2018 TecHome Brilliance Award in Phoenix. The award recognizes the most innovative and cutting-edge companies that have played an integral role in advancing tech in the real estate industry.

Radical Galaxy was selected due to its ability to transform the design-build process for home building industry by eliminating painful, manual processes. Instead, home-builders and clients alike can walk through and even interact with the home even before it’s built, allowing better communications and decision making on everything from layouts to finishes.  Furthermore, Radical Galaxy’s virtual reality offerings can give users an interactive, game-like experience.  Beyond moving in, out, and around buildings, VR tools allow users to see how the light might change from day to night given the current window placements, review different floor plans and design options by swapping through options, and achieve the best living configurations by moving furniture around at the touch of a button.

Radical Galaxy was awarded on stage in front of industry professionals attending the TecHome Builders awards. The awards were open to any technology company servicing the home builder industry.

“We are honored to have been recognized as the best VR/AR firm within the real estate complex,” said Matthew Shaffer, Managing Partner and Co-founder at Radical Galaxy. “Radical Galaxy has a history of working with our clients to create solutions that address real challenges and improve their ROI.”

Virtual and Augmented Reality is Revolutionizing the Art Scene

Art has been heavily ingrained in various cultures since the beginning of time. Humans have used different art forms to tell stories, express their thoughts and feelings and passed down historical and familial information to future generations. The art world has evolved greatly, since its early, primitive forms of cave drawings to the Renaissance Age and later, Modernism.

While the techniques and paintings themselves have changed, the way we view and showcase art hasn’t drastically progressed –until now. Art enthusiasts around the globe are starting to adopt virtual and augmented reality technology to reach wider audiences and as a tool to engage art lovers in a new and exciting way.

The art industry is worth a whopping $63.7 billion and its stakeholders are constantly thinking of creative ways to grow and advance it. Many experts within the art world feel that virtual and augmented reality are the next big thing in continuing to engage audiences and further grow this ever-developing industry. This blog will highlight several venues and artists who have embraced this technology into the way they’re approaching their exhibits, foreshadowing a new way to interact with art.

Examples of Virtual and Augmented Reality in Art

They created a VR experience using Samsung Gear headsets, enabling audiences to be transported into the exhibit. Users could walk through galleries at their own control and view every painting from any desired angle, at their own pace. The technology captured the lighting on the paintings and placement of those paintings, which are crucial elements of the artist’s vision. A feature showcased within the engaging experience was the inclusion of narrations of the artist’s inspiration of each piece and the backstory that surrounds it. Users could also download the experience to their PC or Mac to view without a headset.

The project was highly successful and garnered attention, enticing Koo to partner with another artist, Shepard Fairey, to bring his DAMAGED exhibition to the masses.

VRt created a VR and AR mobile app that allowed users to walk through the space from any location. The app also featured 100 minutes of narration from the artist himself. The experience is also available on VR headsets.

San Francisco Museum of Modern Art experimented with AR in their museum by handing out iPhones to museum goers with AR technology to view surrealist painter Rene Magritte’s work. For those not familiar with this artist’s work, Magritte is famous for his paintings of rocks in clouds and of men sporting bowler hats.

The AR technology featured an interactive gallery that was filled with digital puzzles inspired by Magritte’s famous works of art. Guests were intrigued with the ability to, in a way, get inside the mind of the artist’s peculiar world by creating apples, bowler hats and pipes for other guests to find as they went through the museum. The museum is using this as a test run to explore more ways to make art relevant and modern. SFMOMA has stated they are looking to implement this technology in other ways, in the future.

Recently, the Moco Museum based in Amsterdam, Netherlands announced a new AR app they are releasing called ‘Moco Play.’ The free app, which is available for iOS and Android, has interactive digital content that overlays over a selection of the museum’s featured modern artworks. Visitors simply point their mobile devices at the artworks and it comes to life on their screen. Artist works that are featured on this app are Icy & Sot, Andy Warhol, Yayoi Kusama and Keith Haring, a modern artist known to push the envelope in the art world. This app launch comes after the museum recently celebrated its millionth visitor and presents a leap forward into innovation within the museum.

NeuroDigital, a company specializing on haptic sense in VR has collaborated with  Leontinka Foundation and the National Gallery of Prague on an exhibition called Touching Masterpieces. This exhibition aims to enable blind and visually impaired visitors “see” the objects on display despite not being able to actually view them with their own eyes. For this, three world famous sculptures – The Head of Nefertiti, Venus de Milo and David by Michelangelo –  have been recreated in the virtual world to allow those who wish to “see” the famous sculptures. With haptic gloves, they are able to “touch” the sculptures without damaging the real ones. The gloves have the ability to replicate how different materials can be touched, which makes users feel as though they are touching the real deal. Touching Masterpieces is “the first VR experience for the blind and visually impaired – not with a headset, but with a pair of gloves.”

A true masterpiece, at that.

Personal preferences aside, the value of art as an integral and omnipresent segment of society through the ages, cannot be denied. Art is celebrated across different cultures as a form of expression and a way to interpret and understand the past. By integrating modern technology with art, we are allowing a younger generation to get excited by and discover historically celebrated works that have been seen around over hundreds, if not thousands of years.

While reporting on attendance ratings in museums, Kelly Song, a correspondent from CNBC stated that “Museums are looking at the best attendance they’ve ever had, thanks to the way technology is revolutionizing the consumption of art. It’s allowing visitors to experience art in a new way, while bringing exhibits to others that may have never even set foot in the institution at all.”

This growing technology also has the potential to reach audiences that perhaps cannot travel to museums and educate them on the presented art pieces. The possibilities are endless and exhilarating. We’ll be sure to continue following this exciting new trend. 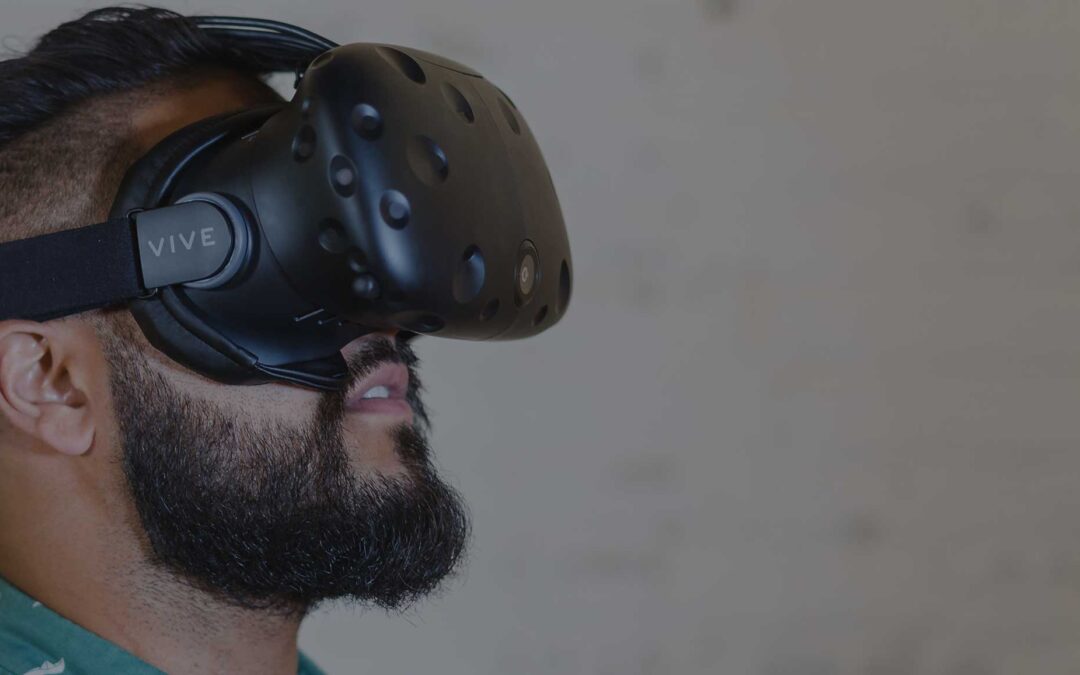 END_OF_DOCUMENT_TOKEN_TO_BE_REPLACED

With projects to date including working with major corporations such as Hyatt Hotels, Radical Galaxy Studio has earned its rank as one of the top providers of virtual and augmented reality content in the real estate industry.

Today the company is excited to announce, in partnership with Bradley Snyder, formerly of Apollo and Eastdil Secured, a major scaling and expansion of the current Bellevue, Washington business with the opening of a new office in New York City. END_OF_DOCUMENT_TOKEN_TO_BE_REPLACED 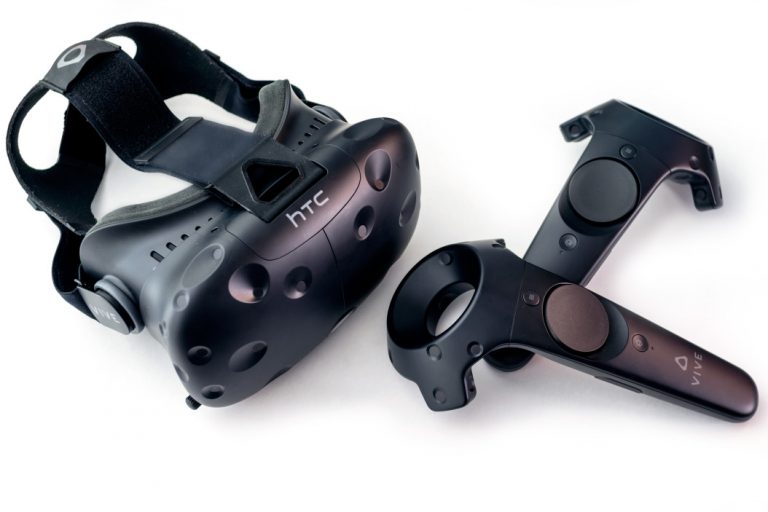